Faith in the Face of Adversity 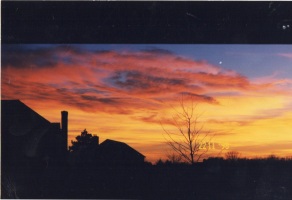 “I will not curse the darkness. I will light candles.” – John H. White

At the end of May, the Chicago Sun-Times laid off its entire photography staff. From what I’ve read, reporters will need to take mandatory iPhone photography basics and start taking their own photos to accompany stories. iPhones are in the hands of millions of Americans now and the built-in camera takes good enough pictures when you’re in a pinch and don’t want to carry around a proper camera. Yet its appalling that a smartphone device could ever take the place of the trained eye of a professional photographer.

It was through this unfortunate incident that I came to learn about John H. White, 1982 Pulitzer Prize winning photojournalist who was one of the individuals suddenly out of a job on that fateful May day.

He exudes a magnetic “grace under fire,” an overall sense of serenity as he lays the present and the future in the hands of God. He exemplifies true faith in the face of adversity and I find myself enraptured in this man’s beliefs, clinging to them like a lifeline. John White governs his life by three F’s: Faith, Focus, Flight.

I wonder how I would have reacted if I were in Mr. White’s shoes? Knowing myself, I probably would have felt defeated, aimless and purposeless wondering “what the heck am I going to do now?”

Instead, John White says “Keep in flight, keep in flight.” It’s challenging to do that when the world comes crashing down around you. I contemplate those words every day now. If I’m in flight, I’ve been diverted off my flight plan. I used to have my life all mapped out and planned, but suddenly in my twenties learned that plans can easily change. What you think will be, rarely is.

Mr. White’s not the only person I’ve seen who has such unwavering faith in the good and not so good times. I was 11 years old the first I saw similar conviction of faith demonstrated by my parents who held strong to their religion, beliefs and each other despite the death of my sister not quite five months old. If they questioned and faltered, I never personally witnessed it.  I, on the other hand, am still struggling with blind faith, especially in darker hours.

It seems that John White is reinventing himself; there appears to be a website underway: http://www.keepinflight.com. I’ll be keeping tabs on it and him. I feel an inexplicable kindred of spirit to this incredible man. Keep in flight, sir….and I promise I’m going to try, too!

Sara Tieman blogs at Six Feet Standing Tall. She stands at 5’11″ and probably could be six feet tall if she stood up straighter…or wore higher heels. She lives in Chicago but also fancies London as her home, too. Attempting to live her life fearlessly, she hopes to share stories that readers will find amusing, insightful or somewhat intriguing as she tries to figure out the meaning of life.
View all posts by Six Feet Standing Tall →
This entry was posted in Uncategorized and tagged adversity, Chicago Sun-Times, faith, God, iPhones, John H White, John White, layoffs, photographers, photography. Bookmark the permalink.